As a professional writer since 1978, Mr. Christensen has penned 50 published books with five publishers, dozens of magazine articles, and edited a police newspaper for nearly eight years. He has written on the martial arts, missing children, street gangs, school shootings, workplace violence, riots, police-involved shootings, nutrition, exercise, prostitution, and various street subcultures. Of late, he has been writing a police and martial arts thriller fiction series called Dukkha. Four have been published and one more is in production.

Mr. Christensen began training in the martial arts in 1965 and continues to this day. Over

the years he has earned a 1st-degree black belt in arnis, a 2nd-degree black belt in jujitsu, and on December 11, 2018, Loren was awarded a 10th-degree black belt by the American Karate Black Belt Association. As a result of his tour in Vietnam and nearly three decades in law enforcement, Mr. Christensen's focus in the martial arts—writing, teaching, and training—has always been on street survival, not competition. He has starred in seven martial arts training videos.

In August of 2011, Mr. Christensen was inducted into the martial arts Masters Hall of Fame in Anaheim, California, receiving The Golden Life Achievement Award.

LWC BOOKS is a distributor of hard-to-find, unique books for martial artists, military, law enforcement, and other people concerned about their personal safety. Beside’s his top-selling how-to-do books and DVDs, Loren’s award-winning fiction series is sure to keep you turning the pages. 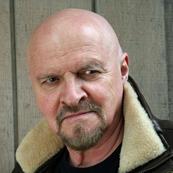