Written by two warriors who have been there and done that, On Combat looks at what happens to the human body under the stresses of deadly battle. For example, the impact on the nervous system, heart, breathing, visual and auditory perception,memory—then discusses new research findings as to what measures warriors can take to prevent such
debilitations, so they can stay in the fight, survive, and win.

An insightful look at history shows the evolution of combat, the development of the physical and psychological leverage that
enables humans to kill other humans, followed by an objective examination of domestic violence in America.

The authors reveal the nature of the warrior, the brave men and women who train their minds and bodies to go to that place from which others flee. After examining the incredible impact of a few true warriors in battle, On Combat presents new and exciting research as to how to train the mind to become inoculated to stress, fear, and even pain.

Expanding on Lt. Col. Grossman’s popular "Bulletproof mind" presentation, the book explores what really happens to the
warrior after the battle, and shows how emotions, such as relief and self-blame, are natural and healthy ways to feel about having survived combat. A fresh and highly informative look at post-traumatic stress syndrome (PTSD) detail how to prevent it, how to survive it should it happen, how to come out of it stronger, and how to help
others experiencing it.

On Combat looks at the critical importance of the debriefing, when warriors gather after the battle to share what happened, critique, learn from each other and, for some, begin to heal from the horror. The reader will learn a highly effective breathing technique that not only
steadies the warrior’s mind and body before and during the battle, but it can also be used afterward as a powerful healing device to help separate the emotion from the memory.

Concluding chapters discuss the Christian/Judeo view of killing in combat and
offers powerful insight that Lt. Col. Grossman has imparted over the years to help thousands of warriors understand and
come to terms with their actions in battle. A final chapter encourages warriors to fight for justice, nor vengeance, so that their remaining days will be healthy ones
filled with pride for having performed their duty morally and ethically.

This information-packed book plows new ground in its vision, in its extensive new research and startling findings, and in
its powerful, revealing quotes and anecdotes from top people in the warrior community, people who have faced the toxic environment of deadly combat and now share their wisdom to help others. 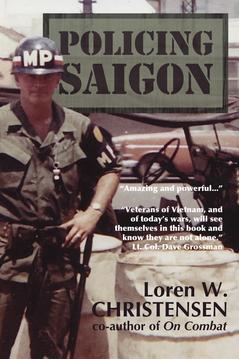 United States: $5.00 for this promotion.

**SAVE ON THIS BUNDLE DEAL**

Note: Contact us if you wish to get additional items and we will give you the total shipping cost. 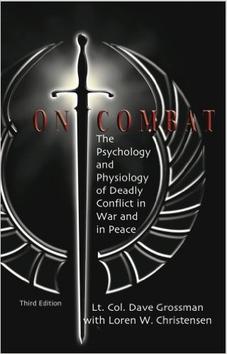 Policing Saigon isn't Platoon or Apocalypse Now, but the story of best selling author Loren W. Christensen's experience as a military policeman (MP) in a city of millions at a time when chaos and fear reigned.

As a 23-year-old from a small town in Washington State, the author was plunged into a chaotic city of brawling servicemen, prostitutes, racial violence, enemy rockets, riots, and death. It was a place that would give him a unique opportunity to see up close a different side of the Vietnam War and its effect on the human condition.

Nearly 80 stories collectively convey the author's experiences, and his arc--from naive to jaded, angry, confused, anxious, and bone-weary exhausted--is representative of so many GIs who served in the Vietnam War as well as those veterans of today's conflicts around the globe.

* "A true warrior and a gifted and prolific author, Loren gives the reader a deep and illuminating insight into his experience that changed his life and subsequently led him toward helping others through his writing. Policing Saigon is a powerful book."