mere poke of a button. In spite of our ability to construct state-of-the-art high-rise buildings, replace worn hearts with stronger ones, and blend chocolate, caramel and steamed cream for the perfect, yet outrageously-priced yuppie coffee, each of us still carries deep inside a warrior spirit, an inherent quality, not far removed from our prehistoric ancestors.

Our personal warrior spirit may be aggressive, intense, easily unleashed, or it may be quiet and rarely show itself. Within some people, it's buried deeply, the result of profound religious beliefs, psychological factors or other influences. The majority of people, it seems, carry theirs just under the thin veneer of today's societal graces. These people are soldiers, police officers, martial artists, street thugs, athletes, hunters, barroom brawlers, corporate executives, politicians, mothers and fathers. Some are good people and some are not. Some express their warrior spirit with words, laws and money, while others do it with their fists and weapons.

Most people have learned to control their warrior spirit, drawing upon it only when absolutely necessary. Others, however, freely express theirs, which is why we have police and prisons, and a military with computer-driven missiles.

Crouching Tiger: Taming the Warrior Within contains some of the occurrences that have helped me to understand my warrior spirit, at least a little. Sometimes I've made a mistake and thought I had learned a lesson but then turned right around and made the same one again. Most often, I'm happy to report, I've corrected my mistakes and gone on to make new ones.

Within this small volume are anecdotes of times when I was heroic, stupid, fearful, and when my warrior spirit was clearly out of control. I'm proud of some of the experiences that I share in this book and embarrassed by others. I have included the latter because I think it's important to explore all sides of this tremendous force.

While these are my experiences, it's my hope that readers will find in some of them, a little or a whole lot of themselves.

Humans have expressed their warrior spirit through some form of fighting for as long as they have trudged on Earth. When Cain and Abel fought, they probably used dinosaur bones and a few eons later, warring tribes used slings, arrows and catapults. Gunpowder reared its ugly head a few millenniums after that, making fighting a little less personal, which has continued to today, a time when carloads of teenage gangbangers do drive-by shootings with MAC10 machineguns.

We have definitely come a long way in our ability to fight: from exchanging blows with bones to the myriad of sophisticated fighting systems developed in the Orient, to where we are now, with technology so incredible that we can blow entire cities into radioactive dust with the

Available only on Amazon from third party vendors 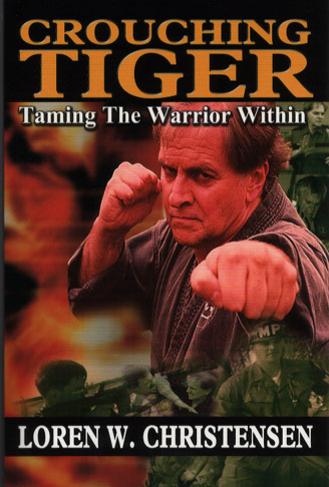 Taming the Warrior Within