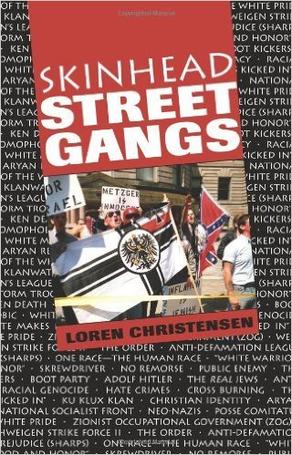 SKINHEAD STREET GANGS has been used as a reference for a motion pictures and three major television documentaries.

SKINHEAD STREET GANGS reveals a subculture of young racist skinheads who harass, intimidate, assault, and kill because of the victim's skin color, sexual preference, and religion.

Learn about skinheads' philosophy, clothing, tattoos, music, houses, weapons, and hate targets. How are skinheads associated with the KKK, militia, religious extremists, and Aryan Nations? Learn how they want to take over part of the United States. Should we be concerned about anti-racist skinheads? What can communities do? How can the police prepare for a skinhead march or rally?

Whether you are a concerned citizen or in law enforcement, you need to know about the proliferation of these urban terrorists. This comprehensive, one-of-a-kind text, will enlighten and frighten you.

Available only on Amazon in Kindle ebook format