“Loren Christensen's fiction has the most realistic fight scenes.”

“A spot-on depiction of PTSD.”

"Loren's depiction of violence is realistic because he's lived it."

Not all wounds are visible

Grant had published only one book, so he was shocked when a martial arts master asked him to write a biography about his long, storied life. The writer began by interviewing five people who shared different phases of the man’s violent journey.

A soldier Sensei saved from unspeakable horror in a Viet Cong-infested jungle. “He was a beast under fire...he told me he stopped counting his kills after twenty-six. Can you imagine how that would tear at the fabric of your soul?” 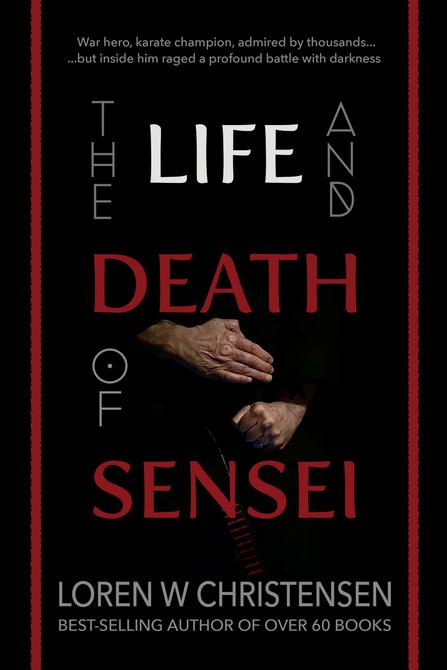 A fellow martial arts student who introduced him to the world of crime. “What I saw was a quiet. That’s the only way I can describe it. It was sort of a tightly controlled detachment as if he was keeping something in, afraid whatever it was would get out.”

A friend who stayed by Sensei when he was at his lowest. “…maybe he was hittin’ himself in all these fights. You know, tryin’ to punch away his pain. Maybe he was so depressed or guilty over what he had to do over there in Vietnam that he wanted guys to hurt him.”

A woman Sensei hired to take care of his dying wife. “The violence scared me…and intrigued me at the same time. And the way he did it, so…so elegantly; it was a sight to behold.”

A man Sensei saved from a street gang who grew up to become a successful police officer and martial arts teacher. “There was something else going on in that fight. Yes…the situation was a desperate one worthy of his intensity, but…I think, he was fighting something else.”

Just as Grant thought he had a good book, his phone rang. The caller, one of the five, had one more story, a horrific one that would change everything, including the young writer’s life.