Bestselling writer Loren W. Christensen has written many well-reviewed how-to-do books. In Musings on Violence, Loren takes a different approach and conveys his thoughts on training for violence, surviving it as it happens, and managing the aftermath. He also discusses what it means to be a warrior—a martial artist, a cop, soldier, and citizen.

Loren has been a martial artist since 1965. He is an inductee into the martial arts Masters Hall of Fame and holds an 8th dan in karate, a 2nd dan in jujitsu, and a 1st dan in arnis.

A 29-year veteran of law enforcement (ret), Loren brawled one-on-one with outlaw bikers, an Olympic Games powerlifter, construction workers, anarchists, crazed dopers, and the violent mentally deranged. As a Military Policeman in war-torn Saigon, Vietnam (then ranked the most dangerous city in the world), he experienced, as he said in a recent interview, “twenty years of violent police work condensed into 12 months.”

In short, Loren knows what he’s talking about.

Surviving Workplace is available in Kindle format only. Don't have Kindle? Simply download the free app on Amazon, which takes about a minute, order the book (which takes less than a minute, and it's sent to your device. Total time: two minutes.

"I found it well written, informative, and packed with essential information. Loren Christensen is one of my favorite authors.

"A level-headed approach that is very helpful."

"Great to understand workplace violence and what to do to protect yourself."

Foreword by Lt. Col. Dave Grossman
Chapter 1: The Threat
Chapter 2: What To Do Before The Threat Goes Off
Chapter 3: The Incident
Chapter 4: What To Do When Violence Explodes
Chapter 5: Fighting Back
Conclusion 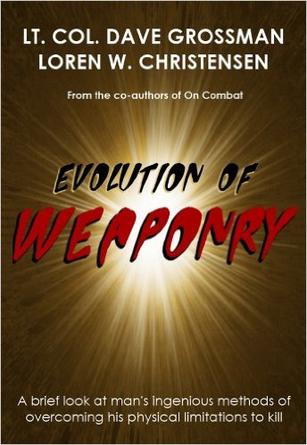 The Way of the Warrior was republished as Crouching Tiger.

"A ground-breaking examination of what it takes to perform, cope and survive in the toxicity of deadly combat as a soldier in a foreign land and a police officer in the mean streets of urban America." It really is all that, and more..."

"Outstanding isn't a strong enough word to describe it. If you are a soldier, a police officer, a martial artist, the holder of a concealed weapons permit, or just live in a bad neighborhood you really ought to read this book. Both authors really know what they're talking about, clearly able to articulate hard won wisdom in this well-written and comprehensive tome.

Their thought-provoking, insightful work definitively examines every aspect of the psychology and physiology of deadly conflict.

This incredible little book contains the mental techniques Loren has found to be extremely effective in his teaching, writing, personal training, and in real-life application during his 29 years in law enforcement. "I have used these techniques for many years now," he says, "and I'm still impressed and sometimes amazed at how well they work."

Christensen takes you through the process of developing your own mental edge detailing techniques of relaxation, self-hypnosis, and mental imagery to help you develop discipline, defeat fear, and bring out the very best that you are capable of.

The techniques are easy to learn and use, and when coupled with mental preparedness (also taught in the book), you will be equipped with skills to face most anything that happens out in the mean streets. Whether it's an opponent in karate or judo competition, or a self defense on the street when you least expect it, this book will help you be ready.

While THE MENTAL EDGE was written from the perspective of a martial artist for martial artists, it's applications can be used by anyone.

The only way to truly understand warfare across the ages is to recognize and appreciate man’s limitations. Looking at it from a physiological and psychological point of view, suddenly everything begins to make sense.

The chariot. The Roman way of battle. The phalanx. Posturing. The power of leaders. Spray-n-pray. How and why early and nearly useless gunpowder weapons ruled the battlefield. Suddenly it all becomes clear.

Lt. Col. Dave Grossman and Loren W. Christensen best selling authors of On Killing, On Combat, Warrior Mindset, and many others, present Evolution of Weaponry, a powerful and deeply insightful book for any student of history, psychology, or the casual reader who desires a deeper understanding of the human condition.

Includes a first-person narrative by a soldier who fought in the battle of Wanat in Afghanistan, considered by many to be the deadliest battle fought by US troops there. 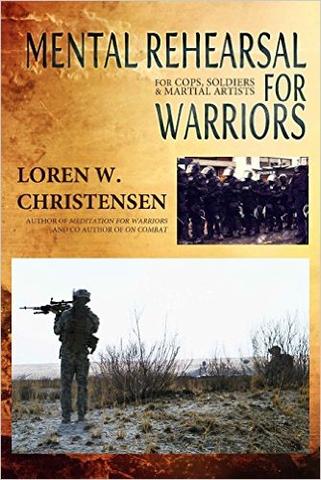 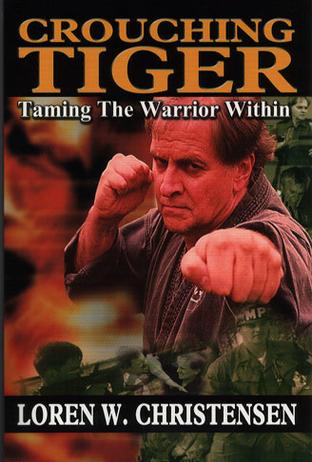 Our personal warrior spirit may be aggressive, intense, easily unleashed, or it may be quiet and rarely show itself. Within some people, it's buried deeply, the result of profound religious beliefs, psychological factors or other influences. The majority of people, it seems, carry theirs just under the thin veneer of today's societal graces. These people are soldiers, police officers, martial artists, street thugs, athletes, hunters, barroom brawlers, corporate executives, politicians, mothers and fathers. Some are good people and some are not. Some express their warrior spirit with words, laws and money, while others do it with their fists and weapons.

Crouching Tiger: Taming the Warrior Within contains some of the occurrences that have helped me to understand my warrior spirit, at least a little. Sometimes I've made a mistake and thought I had learned a lesson but then turned right around and made the same one again. Most often, I'm happy to report, I've corrected my mistakes and gone on to make new ones. While these are my experiences, it's my hope that readers will find in some of them, a little or a whole lot of themselves. 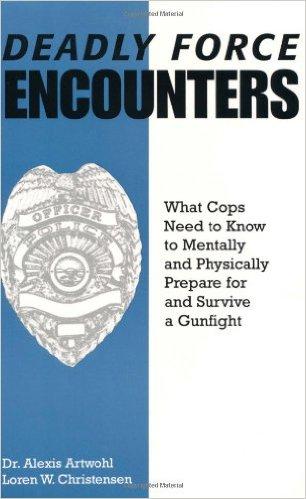 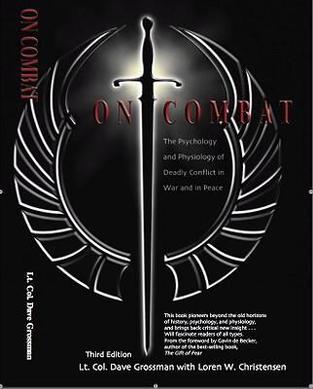 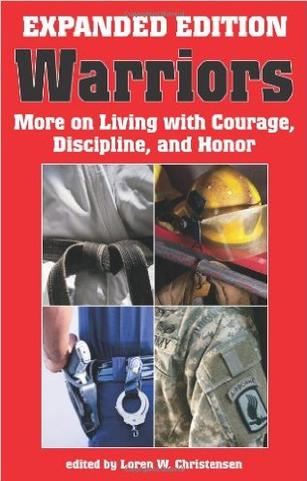 Meditation for Warriors showed martial artists, cops, soldiers, and others how the simple act of sitting or standing quietly in meditation for a few minutes—without anyone knowing—can better prepare you for hard training, competition, the harsh reality of real combat, and the recovery. In the same vein, Mental Rehearsal shows how meditation combined with mental rehearsal—sometimes called visualization or imagery—isn’t supernatural, New Age, or magical.

It doesn’t require years of study or the guidance. You already do it to some extent. In this easy-to-follow book, you learn to do it better to make you the best warrior you can be. Learn 12 new meditation techniques to calm your mind and relax your body so your subconscious is receptive to your mental rehearsal practice.

Learn to rehearse such vital skills as calming your mind before and after a stressful event; facing an adversary; learning self-defense; engaging in a gunfight; performing a high-risk vehicle stop; learning new skills; skill maintenance; overcoming anxiety dreams; giving presentations, and more. School teachers learn how to mentally rehearse surviving a school shooting. Mental rehearsal should be a natural part of every warrior’s training regimen, as natural as shooting, grappling, jumping out of a plane, and running laps. 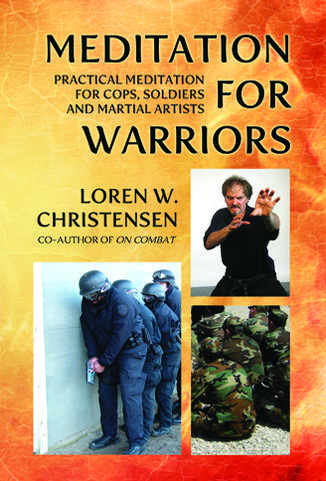 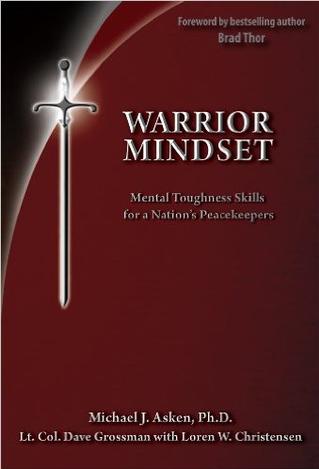 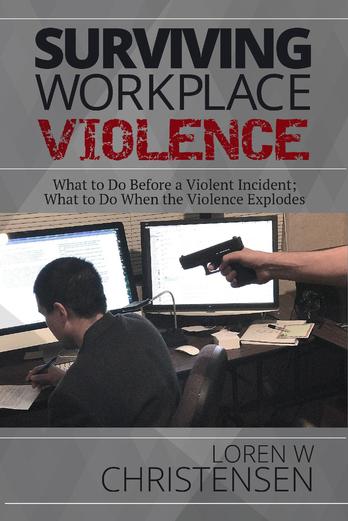 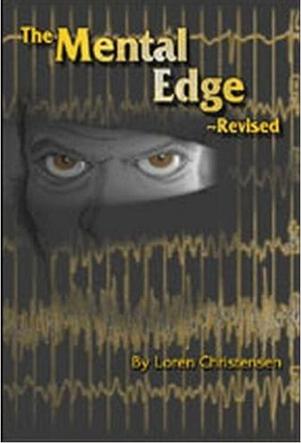 The good news is that the vast majority of soldiers are loath to kill in battle. Unfortunately, modern armies, using Pavlovian and operant conditioning, have developed sophisticated ways of overcoming this instinctive aversion.

The psychological cost for soldiers, as witnessed by the increase in post-traumatic stress, is devastating. The psychological cost for the rest of us is even more so: contemporary civilian society, particularly the media, replicates the army's conditioning techniques and, according to Grossman's controversial thesis, is responsible for our rising rate of murder and violence, especially among the young.

On Killing is an important study of the techniques the military uses to overcome the powerful reluctance to kill, of how killing affects the soldier, and of the societal implications of escalating violence.

What to Do Before a Violent Incident;

What to Do When the Violence Explodes

To meditate, you don’t need to follow a particular religion, espouse New Age theories and beliefs, bow to a guru, sensei, sifu, or a robed and bearded guide. Nor do you need to burn incense or rub crystals.

This book shows you easy ways to meditate whenever and wherever you want—you’ll learn how to do it without anyone knowing—and still hang out with your military pals, cop buddies, and fellow martial arts students. You can still own a pit bull, drive a Harley, and share lies with your drinking buddies. The same is true whether you’re a firefighter, doorman, bodyguard, medic, or security officer.

Fact is, meditation as taught in this book, will make you a better warrior.

“I wish I would have had this book before I deployed to Afghanistan. It’s exactly what I was looking for.” - Army veteran

"No matter who you are, Loren has things to teach you and if a veteran this grizzled presents a book of the precious mental tricks that have helped to keep him alive, well, I don't want to be unkind, but it would be kind of stupid not to read it." Rory Miller, author of Facing Violence 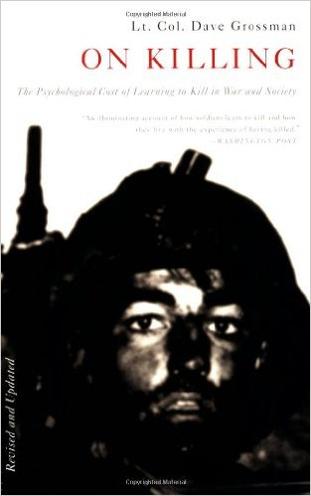 The Nature of Combat

Deadly Force Encounters sold so fast that it went into a second printing one week after it was released.

Caliber Press has praised this book as a must read!

The authors help officers understand how to stay alive when faced with a kill-or-be-killed threat and gives them information and resources on how they and their families can survive the personal and professional pandemonium that follows.

From training tips and first person accounts by officers who have survived deadly threats, to the impact on the officers' familes and traumatic incident debriefings, this remarkable book offers a wealth of information about deadly force encounters. It is a must read for officers, command staff, mental health professionals and citizens.

When he decided to compile Warriors in 2004, Loren identified 37 of the finest warrior authors, warrior trainers and warrior scholars around, and asked them to tell in their own words what being a warrior meant to them. The original contributors came from a diverse mix of fellow warriors, from soldiers, cops and SWAT officers to martial art masters to experts in the fields of workplace violence, theology, and school safety.

Warriors struck a chord among readers all over the country. Reviewers praised the book for providing insight into why, when something bad happens, a few people - the warriors among us - run toward the danger while the majority of us run away. Along with the praise, Christensen also received recommendations for other warriors who should be included in the book. So he decided to expand the book to include more writer/warriors.

All these men and woman speak candidly on what it's like to sacrifice, to train, to fear, to protect ... even to kill ... to accomplish what needs to be done. These warriors don't run and call 9-1-1; they are 9-1-1.

Those who place themselves in harm’s way are consistently told to focus, concentrate and utilize the warrior mindset. However, rarely are they trained HOW to accomplish this. It is often assumed that mental toughness will automatically result from physical and tactical training. This is not always true, but mental toughness skills can be trained directly.

Warrior Mindset presents psychological techniques and training to develop Mental Toughness, the Survival Mindset and a hardened focus. The goal is to integrate the psychological with physical and tactical training to add a dimension that is often overlooked, but necessary to achieve maximal performance excellence. If you only talk about mental toughness but don’t actively train it, you haven’t developed the complete warrior. 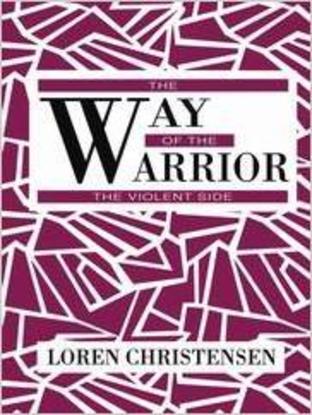 Do you work with someone who is unusually angry, antisocial, quick to take offense? If so, this person may be a ticking time bomb capable of horrific acts of violence on the job.

Written by bestselling author Loren W. Christensen, Surviving Workplace Violence provides you with solid information about what to do when gunfire or any other type of violence erupts where you work. This easy-to-read guide covers what to do before an incident to increase your safety and how to react when violence explodes. 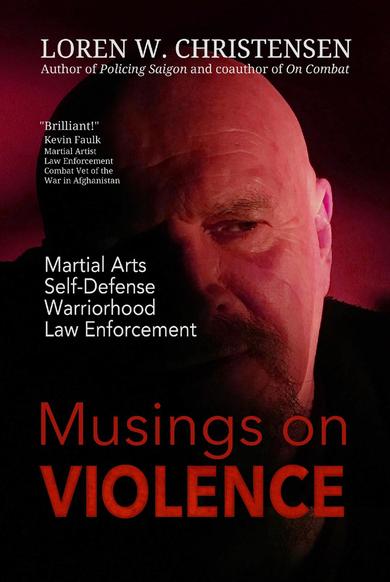