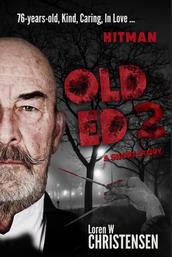 "Dealing with a crazed mob boss is difficult enough but when the family learns that Lai Van Tan's people have kidnapped 27 young girls to be sold into the sex trade, and that the corrupt police and government won't help, Sam, Samuel, and Mai, along with a bizarre group of ‘seemingly' old and disabled Vietnamese soldiers with unique fighting skills, join forces to rescue the young girls." 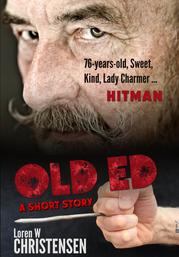 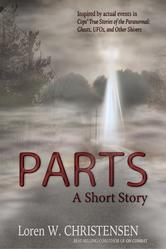 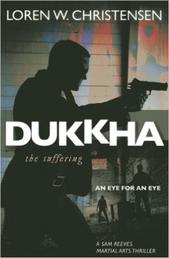 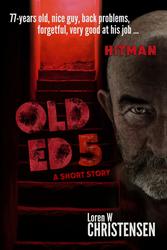 "A new job in a hallowed place will test Ed's ingenuity with two horrific weapons and Pearl's new and improved deadly skills. So great is the test, that Pearl will question her desire to continue as a hit woman and Ed will finally admit to himself why he will never stop." 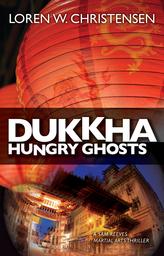 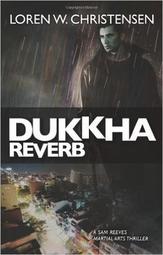 "Twenty-year-old Jimmy Long Legs is a 7-foot 4 inch, hairless, frail and tottering, physically deformed lonely man who spends nights on foggy skid row rooftops like a grotesque gargoyle…ever watching. Given his weakened state, he couldn’t possibly be a crime fighter, but when empowered by an otherworldly enabler that he calls THE SURGE, he suddenly becomes a very, very brutal one." 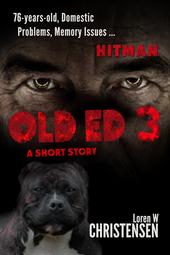 "Time is of the essence as the sector is plagued with violent food wars, helicopter attacks, murders without consequence, and daily suicides, all of which litter the damaged streets with the dead.

Will Knife Fighter’s kukri blade... and Tala’s ...Thailand-made sickle be enough to fight off a pack of wild dogs, murderous street people, and the deadly Bandanna Gang? 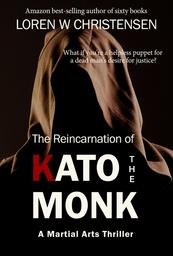 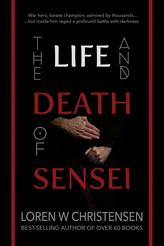 "Someone is taking over Kato's mind and body.
Someone called "Mr. Karma."
Someone long dead."

"Reassigned to the Intelligence Unit following his “bad shoot” several months ago, Sam is quickly consumed day and night, trying to deal with his city’s horrors...

One thing is for sure: Sam is about to confront violent haters—and his personal demons—in a showdown that will shake the very foundation of his city." 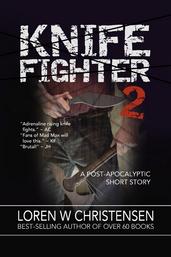 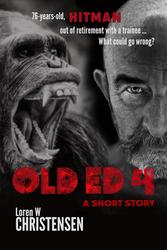 "Officer Bossman, 'Boss,' a wounded World War II vet, has walked a beat in skid row for over 20 years, and he knows the people and the dark streets better than anyone...

But times are changing; there’s a new breed of cop on the horizon. They’re called The New Centurions, and Boss doesn’t like it."

"With a series of interlocked events of violence: a revenge-seeking uncle, the destruction of his martial arts school, his new father's connection to some lethal Vietnamese outlaws, Sam's life spirals into a dreadful new direction. This high-octane martial arts thriller will have you gripped from the start."

“Impossible to put down.”

“…not for the squeamish."

The Time: Three Years From Now

The Rest Of The World: Unknown, But Assumed Mostly Destroyed

"Everyone at the rest home knew that Ed was pleasant, caring, funny, and popular with the women there. What they didn’t know was that Ed was also a hitman, and over the past 35 years he had eradicated 71 evil men and women... Tonight’s unexpected job, possibly his last one, couldn’t be more personal and it would be his toughest yet." 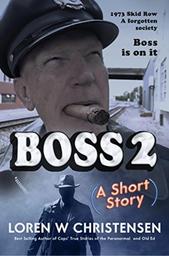 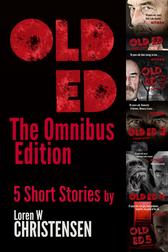 "After a bloody 76th birthday week, Ed listens to his beloved Florence’s advice and takes her to Maui for three months to celebrate his retirement. But two days before they return to Portland, he takes another job, this one a 400-pound beast of a man... This time—it’s no more mister nice guy."

"1974 Skid Row was a sorry place that God and city hall refused to acknowledge, a hellhole that only the cops barely kept under control. Boss had spent 23 years of his life and police career walking a beat there and doing his best to keep things reasonably copacetic. But was it time for him to retire? Had he had enough? ...Will this night decide for him?"

"Twenty-year-old Jimmy Long Legs is a 7-foot 4 inch, hairless, frail and tottering, physically deformed lonely man who spends nights on foggy skid row rooftops like a grotesque gargoyle…ever watching. Given his weakened state, he couldn’t possibly be a crime fighter, but when empowered by an otherworldly enabler that he calls THE SURGE, he suddenly becomes a very, very brutal one."

"I love this series. Waiting now for Boss 3."

"Christensen can write gritty street, violence, and humor, all in the same paragraph."

"The author writes from personal experience." 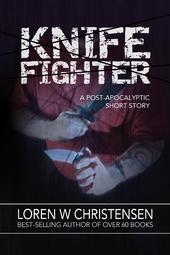 "There’s the by-the-book way of policing, and there’s Boss’s way. His works, but the changing police department and the newly formed Internal Affairs Division don’t like his old-school methods.

Things are about to turn ugly on skid row. No problem. Boss can handle it." 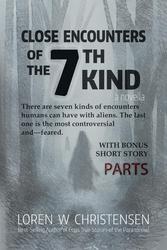 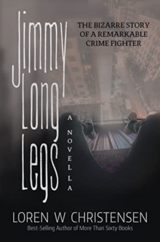 "Grant had published only one book, so he was shocked when a martial arts master asked him to write a biography of his life. The writer began by interviewing five people who shared different phases of Sensei's violent journey.

Grant discovers a horrific secret that will change everything, including the young writer's life." 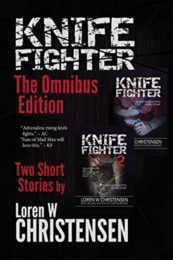 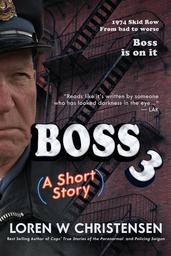 "The adventure starts on a beautiful day at an outdoor shopping mall and continues into San Francisco. Sam’s father, Samuel, a martial art master of the Temple of Ten Thousand Fists, and his best friend, a Vietnamese man named Tex, come for a visit to meet the estranged brother of Samuel’s recently deceased grandmaster, Shen Lang Rui. A road trip to San Francisco—what could go wrong?" 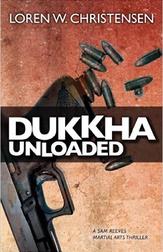 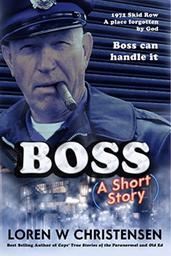 "The horrific world in this post-apocalyptic story is frightening given current events."

"Not only will the organization not let Ed retire, now they want the 76-year-old to hit a mixed martial artist. An MMA fighter! Making the assignment even more dangerous are Ed's increasing memory problems, a fed up girlfriend, a man-eating dog, and a mysterious and beautiful young woman ... No worries, Ed can handle it."

"Ed just can’t stay retired for long. Now he’s got a new assignment and a trainee to break in. Did we mention there’s a huge killer chimpanzee involved? So what could go wrong? Well, just about everything." 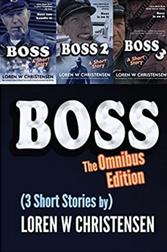 "Earl and Tess volunteered at CUFOG, Combined UFO Group, trained civilians who investigated reports of UFO sightings. While many were handled on the phone or via email, some necessitated looking at the locations where the sightings occurred. That's what brought them to the lonely countryside 50 minutes out of Missoula, Montana, where they would discover—to their horror— their lives and the world were about to change—forever."

“Loren's street and dojo experience shine through! His fiction has the most realistic fight scenes.”